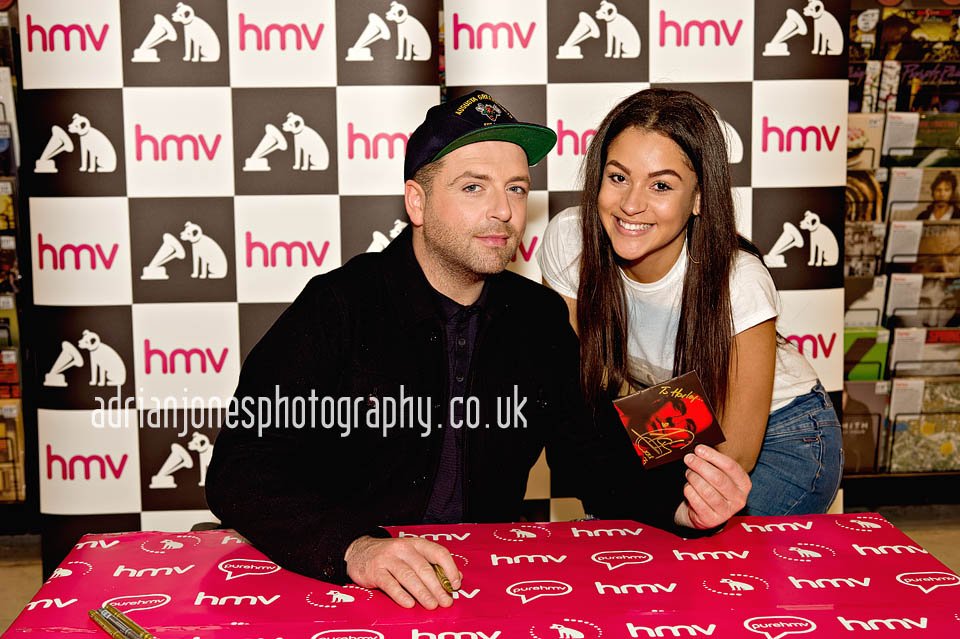 Westlife were a hugely successful boy band, selling over 50 million records before they disbanded in June 2012. One of it’s lead singers, Markus Feehily has just released his debut solo studio album ‘Fire’ with a sound that is very different from Westlife. I photographed him at HMV Birmingham as he greeted fans & signed copies of his new CD. Amongst other things handed to him for an autograph were calendars, fan art & body parts.. Yes, you read that correctly! One fan asked Markus to sign her wrist all ready to be tattooed that very afternoon.

I have to say Markus was an absolute gentleman & spent time with each & every fan, chatting & asking where they had travelled from & what favourite tracks they had from his new CD. His assistant was in charge of taking ‘selfies’ with their smart phones & everyone left grinning after spending time with their idol.

All images © Adrian Jones Photography – strictly NO unauthorised use. You can buy Markus Feehily’s album ‘Fire’ over at HMV online: http://store.hmv.com/search-results?searchtext=markus%20feehily&searchmode=allwords