Miles Hunt of The Wonder Stuff.. 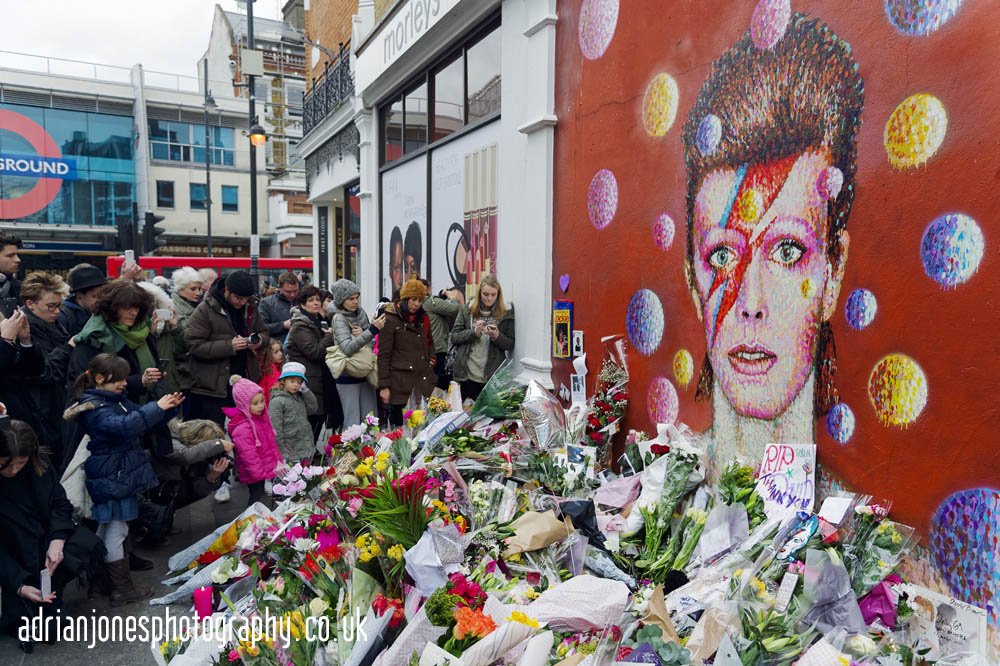 On Monday 11 January 2016 I woke to hear the sad news that David Bowie had died. I couldn’t quite take it in, especially as nobody knew that he had secretly been battling Cancer & was quite ill for 18 months. But sadly, the whole world went into mourning because aged 69 David Robert Jones had passed away surrounded by his close family. I played Bowie songs for the rest of the day in my car, in my office & on TV & reflected on how much this great man had inspired me. I was born in 1970 so growing up I wasn’t really aware of Bowie’s early incarnations & musical awesomeness of the 70’s. I remember hearing ‘Space Oddity’ played on the radio during the chart countdown & finding it hypnotic & eerie at the same time. The style of singing, the countdown emulating a spaceship take-off all fascinated me. This was no ordinary singer. It was ‘Ashes to Ashes’ & that ground-breaking video that started my Bowie interest. The New Romantic explosion was happening & for a shy boy like me seeing all of these amazing artists like David Bowie, Adam Ant & Boy George being so confident, so artistic was hugely inspirational.

Then of course moving on to the ‘Let’s Dance’ era of 1983 where Bowie appeared tanned, sharply dressed, handsome & confident I began to re-trace earlier Bowie songs & performances. Only then did I REALLY see what an amazing talent & creative genius he was. That day when his death was announced hundreds of celebrities paid tribute on Social Media & in Newspapers, words like ‘Icon’ ‘Genius’ & ‘Pioneer’ were quite rightly used. A mural that had been painted in Brixton, London in 2013 by artist James Cochran was fast becoming a tribute shrine as flowers were being laid by fans. Bowie grew up in Brixton & the mural was painted to coincide with a Bowie exhibition held at the V&A Museum. The day after his death was announced I was in London for a meeting, so I visited the mural & it was both beautiful & overwhelming. All of the flowers, the beautiful personal messages & seeing people of all ages & nationalities talking about how Bowie had inspired them was very moving. Next to the mural was a poster advertising David’s wife Iman’s range of cosmetics & fans had written heartfelt messages on there, together with a ‘Ziggy’ customised lightning flash in homage to the man himself. R.I.P. Mr Bowie – you are truly loved by many.